Getting the Lead Out to Get Some Great BBQ 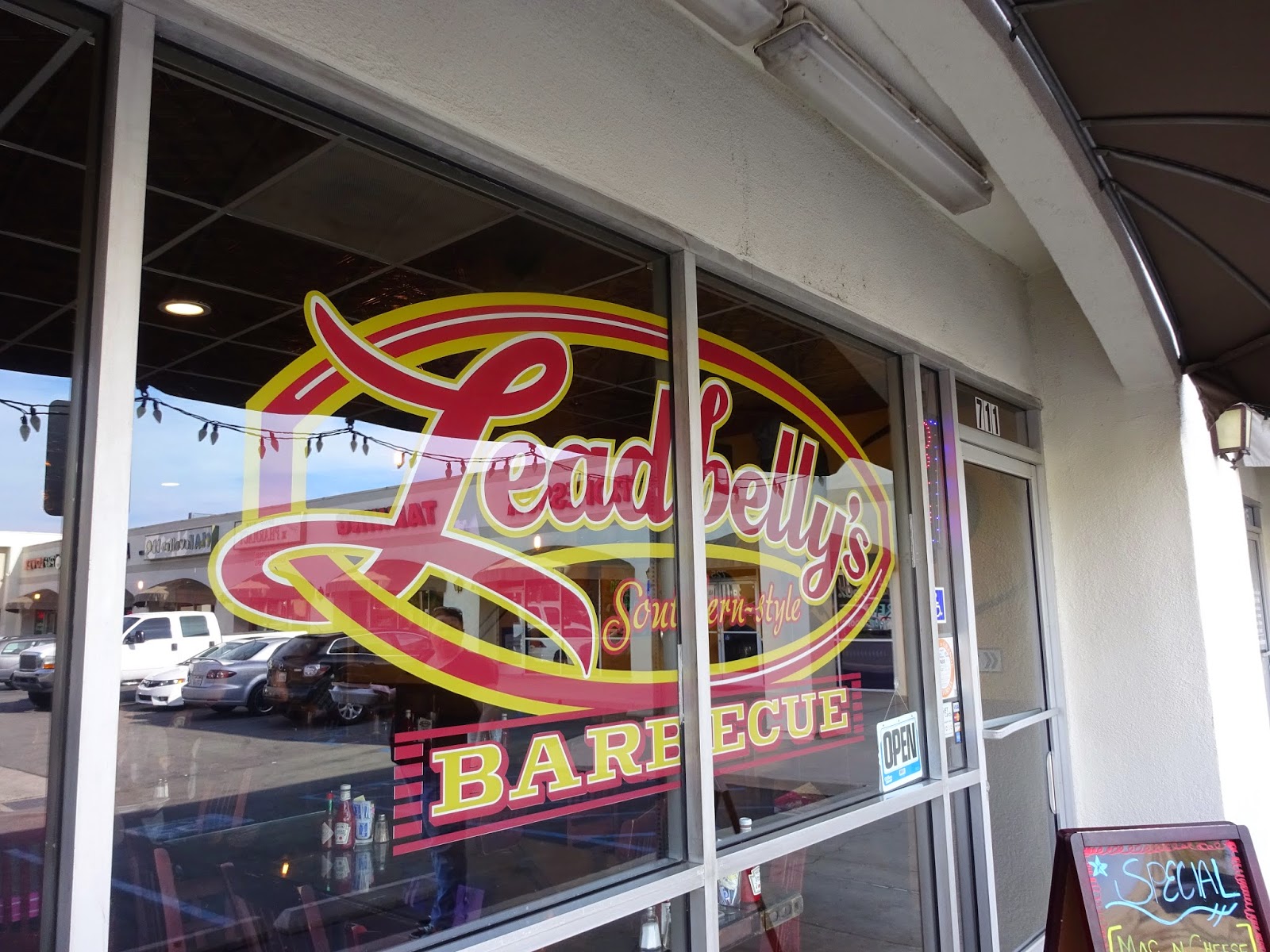 There are some genres of food that will always elicit a response from all of you readers. Pizza seems to be a hot topic, and I can always count on a boatload of comments when I write about burgers. Both of these seem to pale in comparison to the responses I get when I review a barbecue place though.

It might be because there are so many genres of barbecue, which gets people sticking up for their favorites. There's the Texas variety, Carolina, with their vinegar based sauces are also well represented, and no one can deny the allure of Kansas City barbecue. I think the real reason I get lots of response from barbecue posts is that good barbecue restaurants in Southern California are few and far between. Let's see if Leadbelly's could help cure our lack of good barbecue restaurants.

Leadbelly's is housed in the former Shortstop BBQ spot that we visited two years ago. Not sure what happened to them, as we really liked their stuff, but Leadbelly's took over about 15 months ago, and they have received some glowing reviews on the blogs that I read, and of course Yelp. If you are driving down Placentia Avenue, they are situated in the back of the shopping center that houses Pepe's and Jack In The Box.

We were meeting my parents here at 11am on a recent Sunday morning. Even at this early lunch hour, their 12 or so tables were filled at one time or another during our stay. The dining area is a little on the small side, but very comfortable. Four TVs showing sports, lots of woods, and some whimsical signs are part of the decor here. I imagine that it might become a little cramped during busier times of the day, so be advised. Ordering is done at your table, and the menu, while not overly huge, has everything you would expect a barbecue restaurant to have on it. I was pretty geared up to give this place a try, so let's see what we ended up ordering. 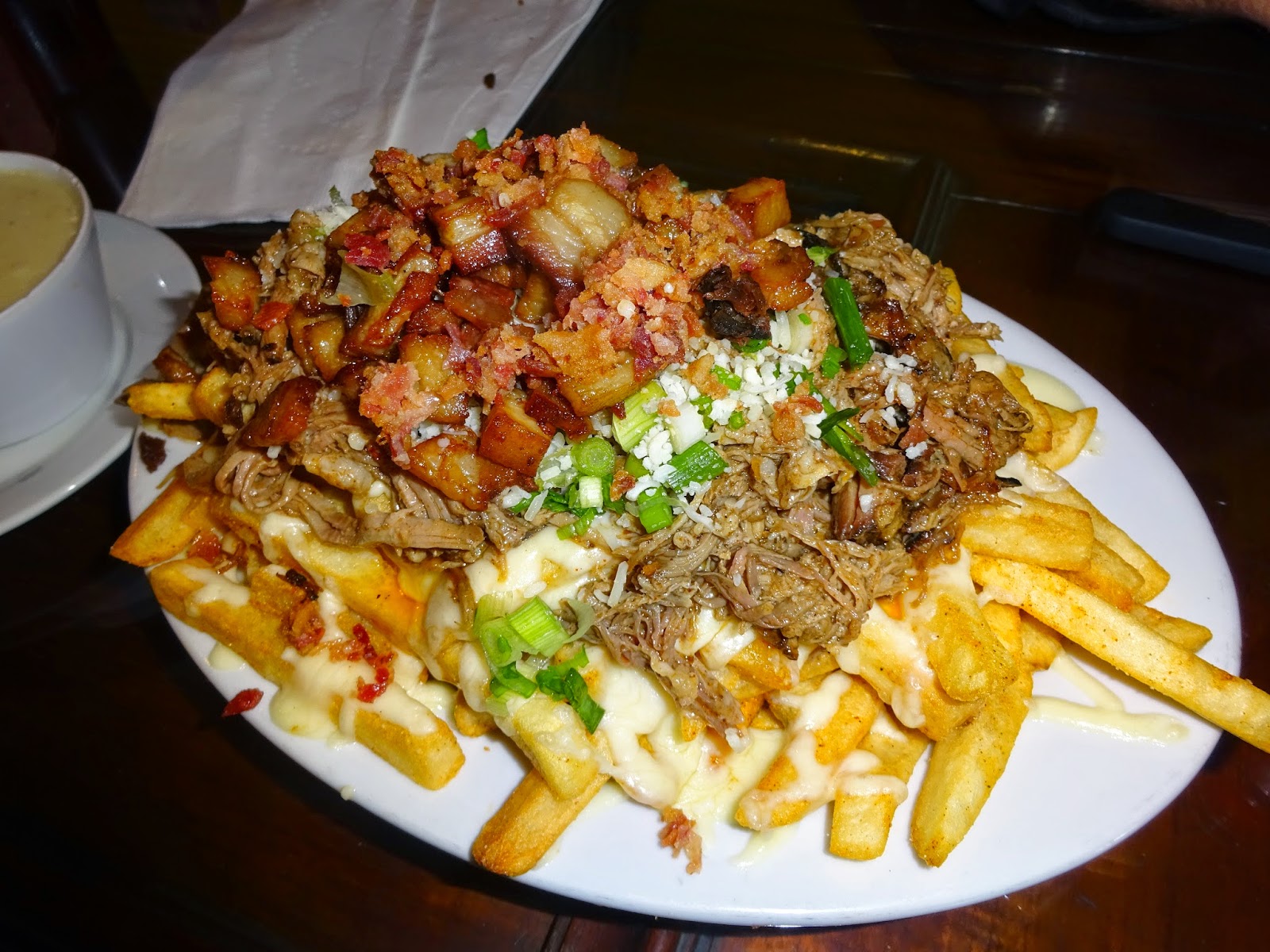 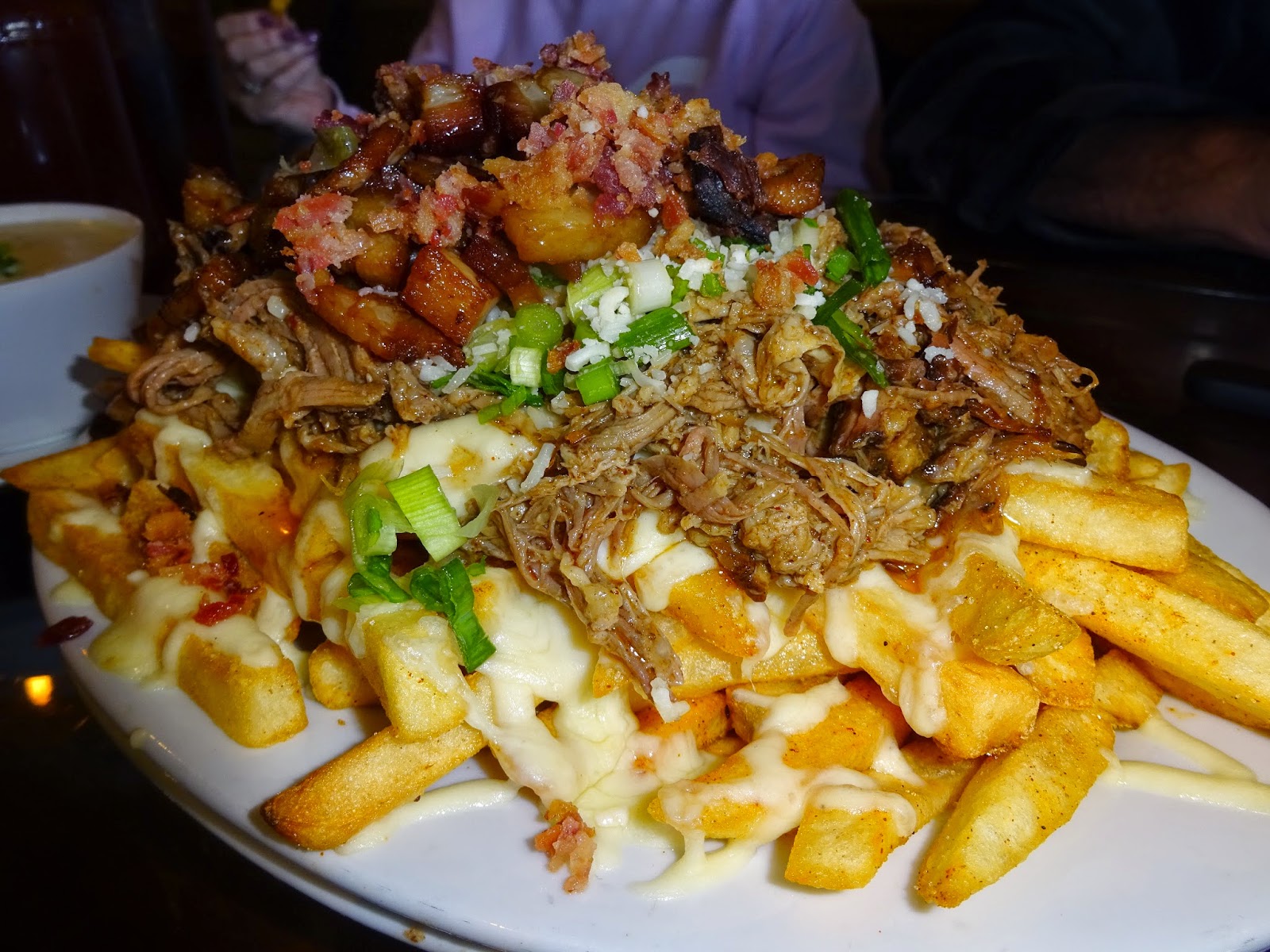 I had heard good things about the Loaded Pork Garlic Fries ($12), and I'm happy to report that all the hype about these was well deserved. This mound of fries was topped with pulled pork, bacon, Parmesan cheese, pork belly, pepper jack cheese, and chives, then served with a white gravy for dipping. This lived up to my mantra, if it has pork belly in it, it has to be good. This was really tasty. The four of us had no problem polishing this off. The meats on this were so good, that I knew we were in for a treat when our entrees would make it out of the kitchen. The fries surprisingly stayed crisp, even under this mound of humanity piled on top of them. The cheeses were good, and did not get in the way of the meats. I thought the gravy was the weakest parts of this dish, but it was still so good. You definitely need to try this when coming to Leadbelly's. 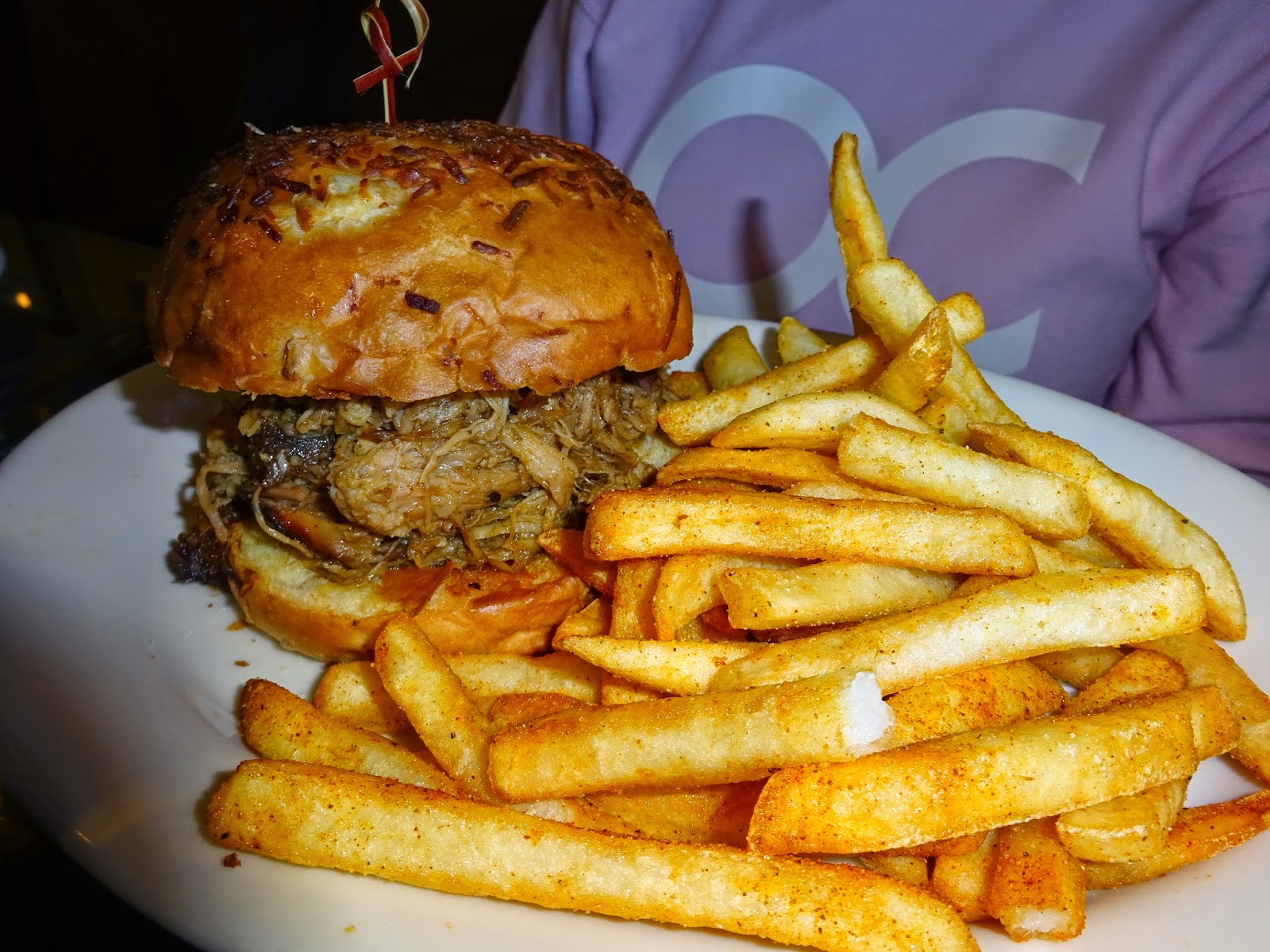 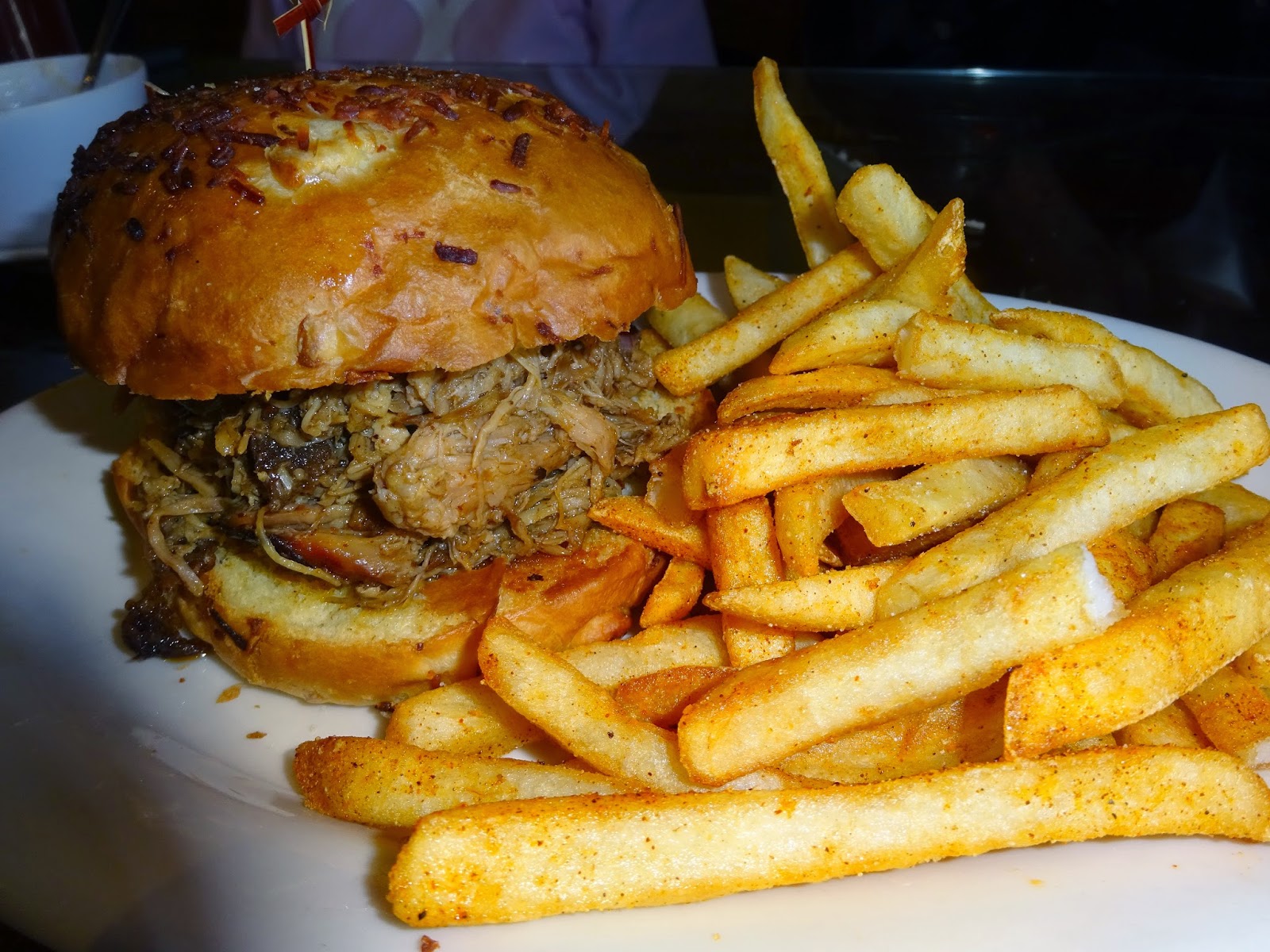 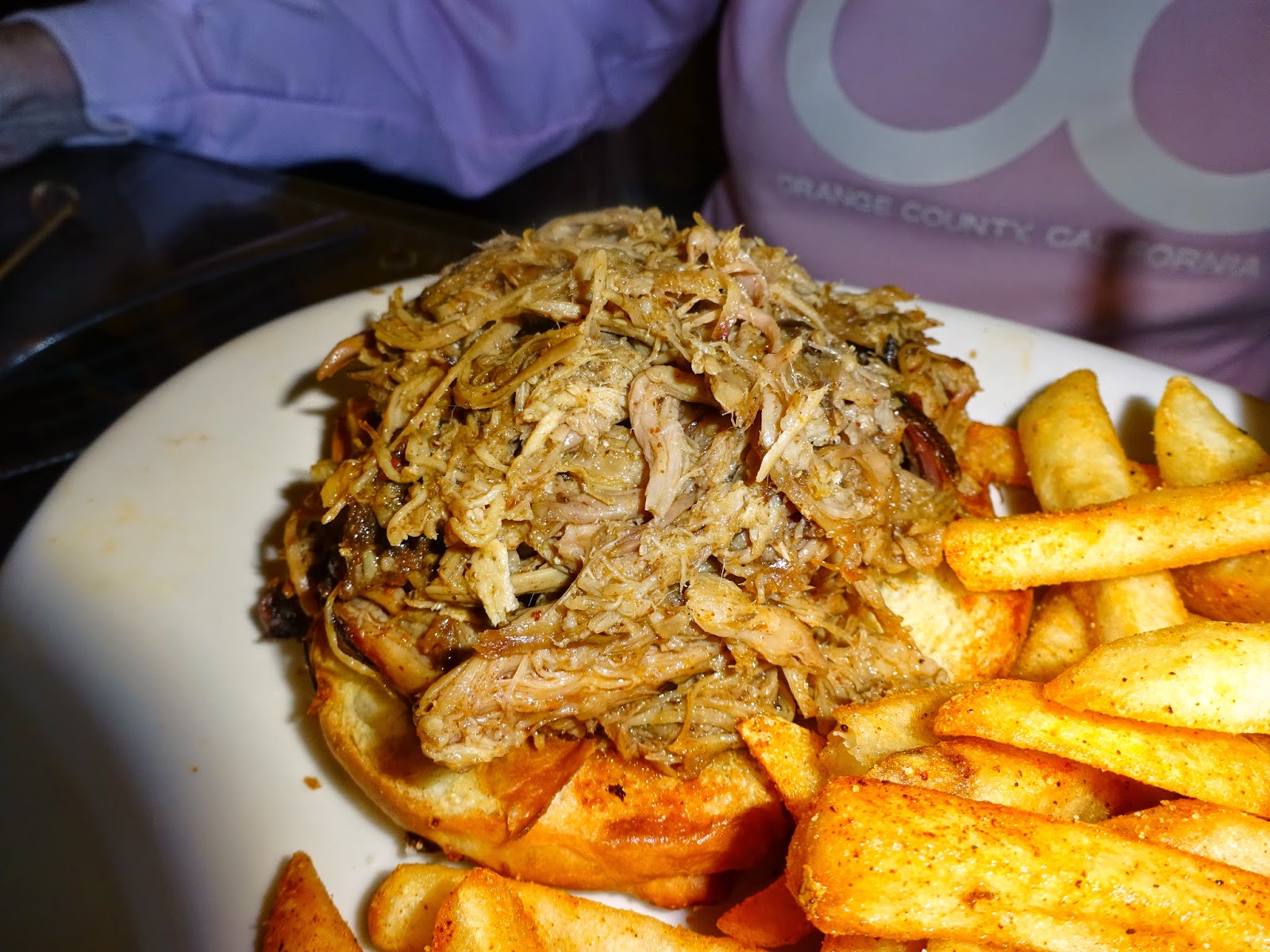 Besides death and taxes, there's one other thing I'm sure of, if my mom's eating in a barbecue restaurant, she's definitely ordering a Pulled Pork Sandwich ($11). As you can see from this picture, they put a lot of meat on the sandwiches here. The smoked pulled pork was moist and tender, and easy on the smokiness, which I like. I like the natural flavor of the meat to be prevalent, not just smokiness. The sandwich usually comes with coleslaw on it, but my mom wanted it without. The brioche bun did a good job of keeping everything together, even after she added some barbecue sauce to it. The fries were decent, but much better when they had things piled on top of them, like our appetizer, which I can not stop thinking about. My mom left here with half of this sandwich for my dad's lunch the next day. 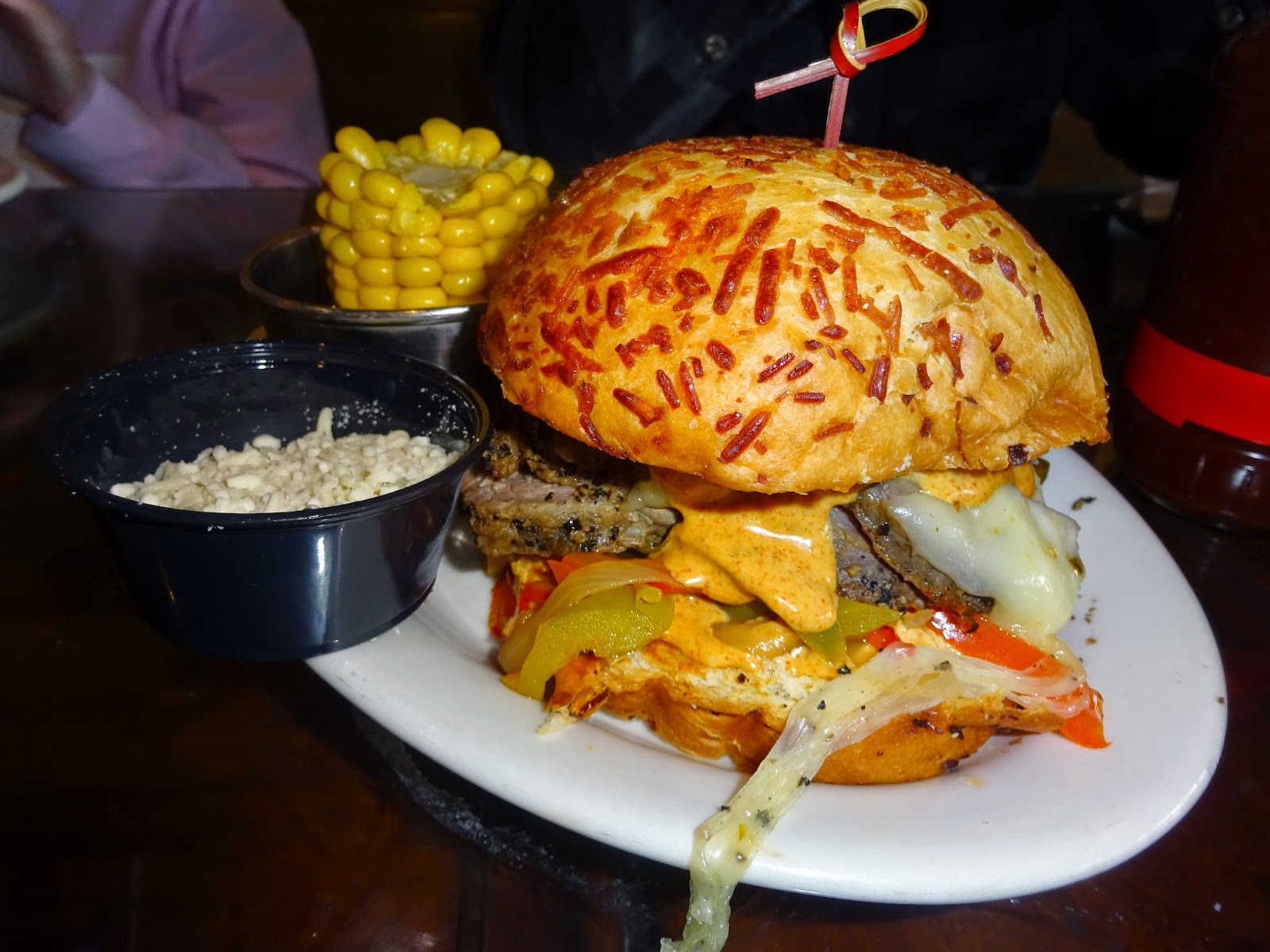 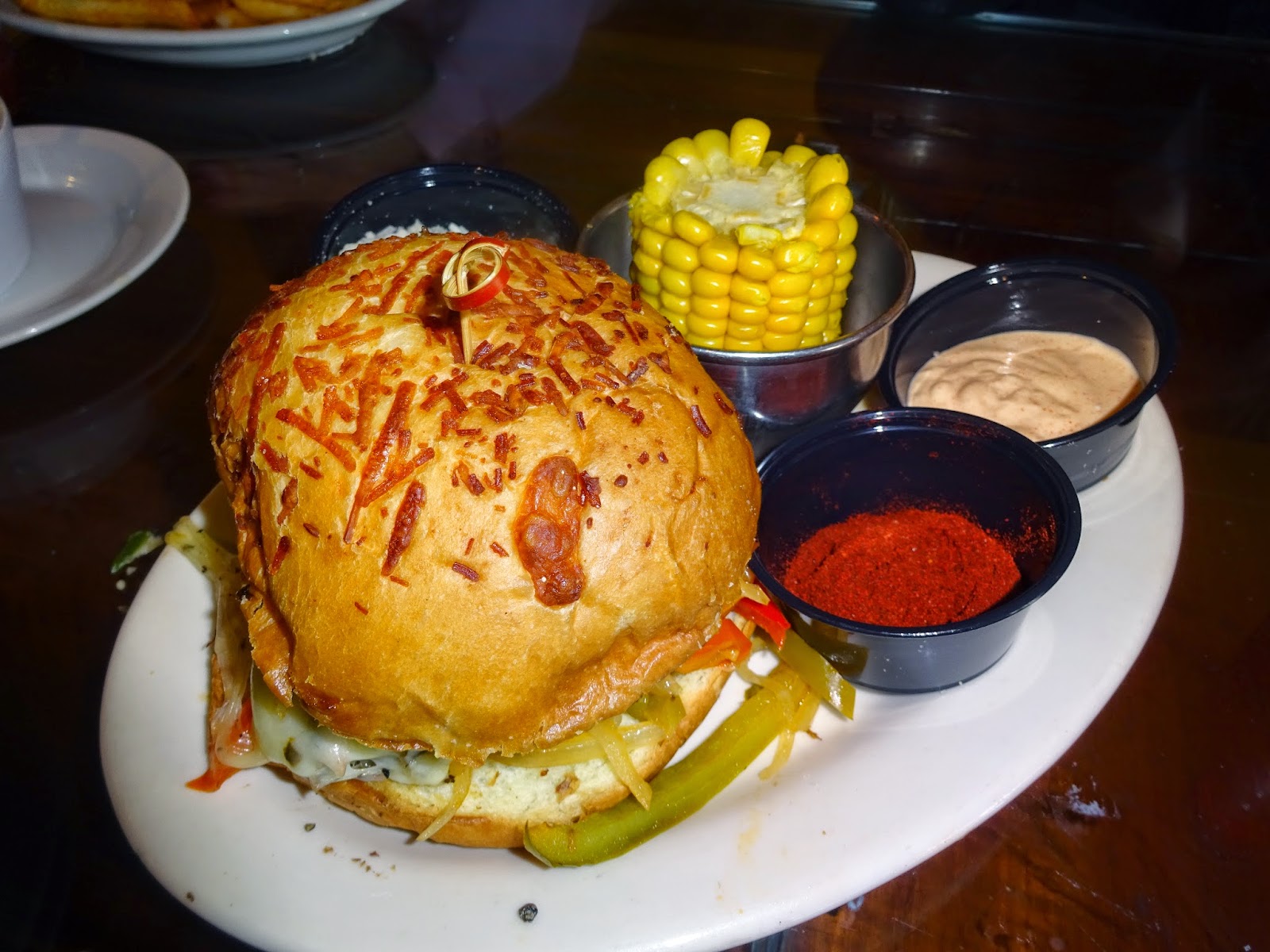 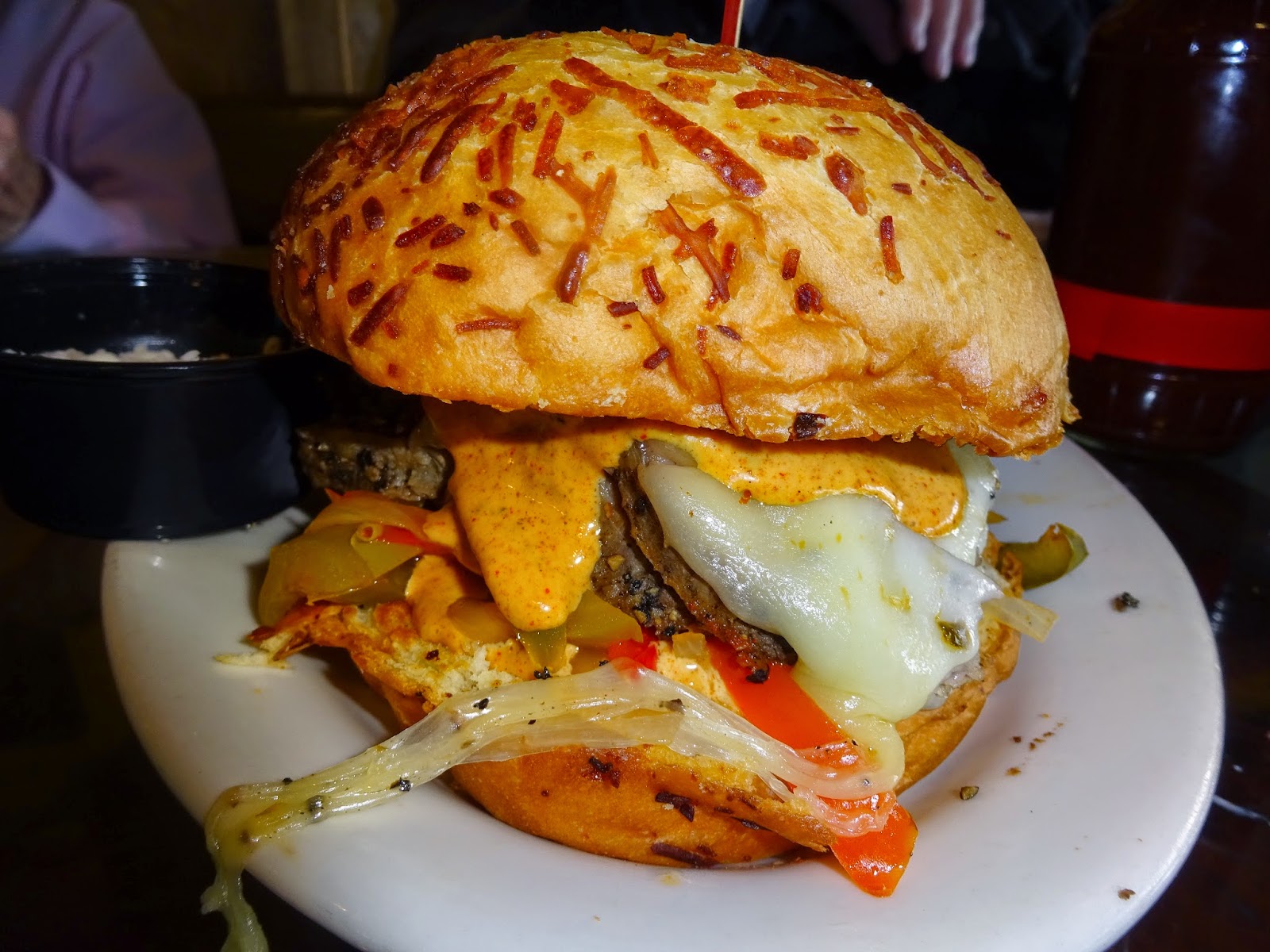 My dad selected the Smoked Tri-Tip Sandwich ($12.49) for his meal. Again, this had plenty of tri-tip on it, and the meat was moist and flavorful. My dad noticed the smokiness a lot more with the tri-tip, than the pulled pork. Joining the meat in between the very well made brioche bun was some pepper jack cheese, peppers, onions, and a spicy mustard. I was afraid all these flavors would clash, but my dad claims that was not the case. One of the best tri-tip sandwiches he has had. He decided to go for another side, besides the french fries that come with the sandwich, so he opted for the Corn on the Cob for an extra dollar. The corn here is served more like an elote, but my dad wanted this stuff on the side. It came with plenty of chili powder, a house dressing, and with what appeared to be cotija cheese. He did not use a lot of this, but liked it well enough. He'd probably get a different side item on his next visit to Leadbelly's. 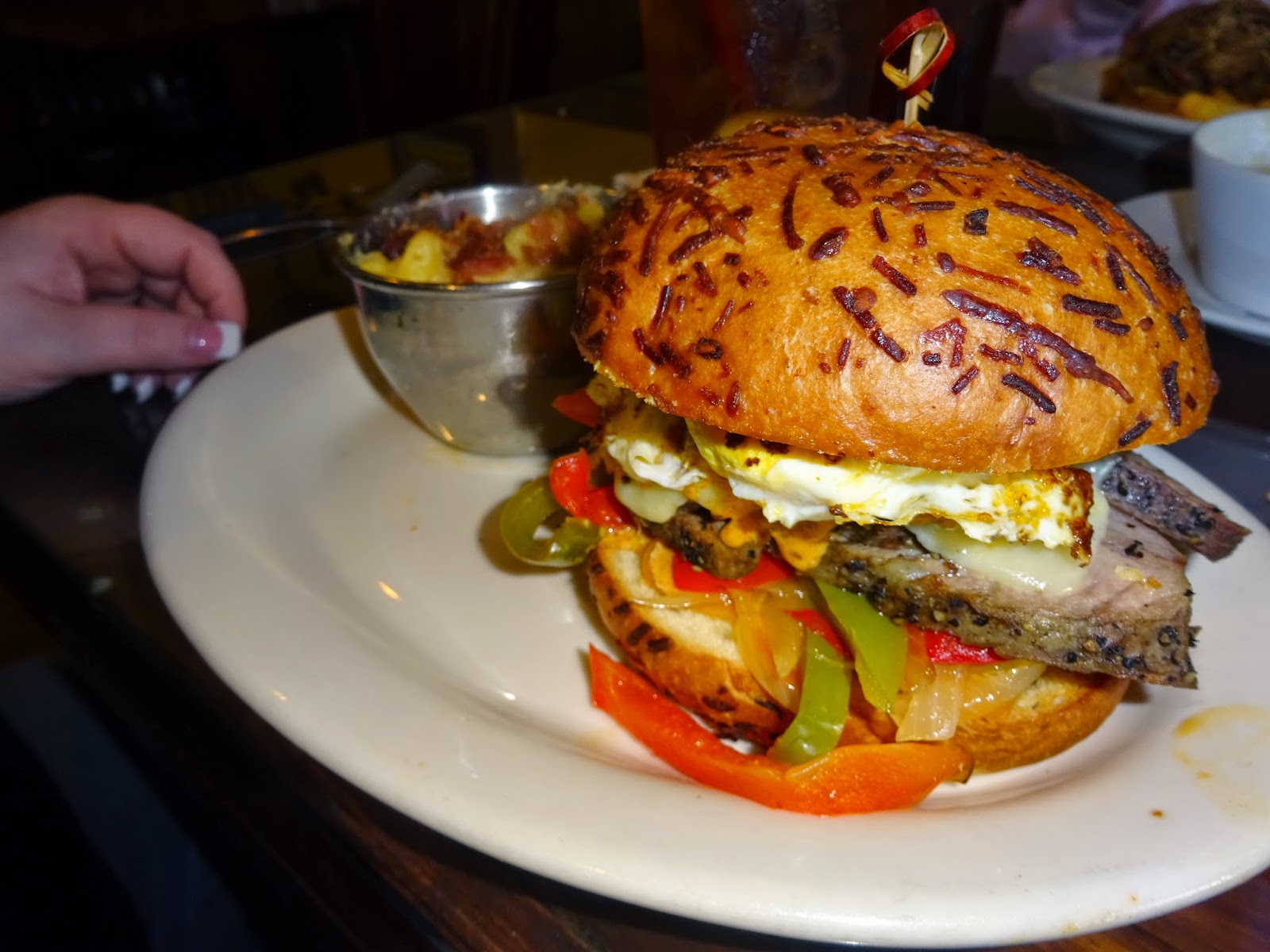 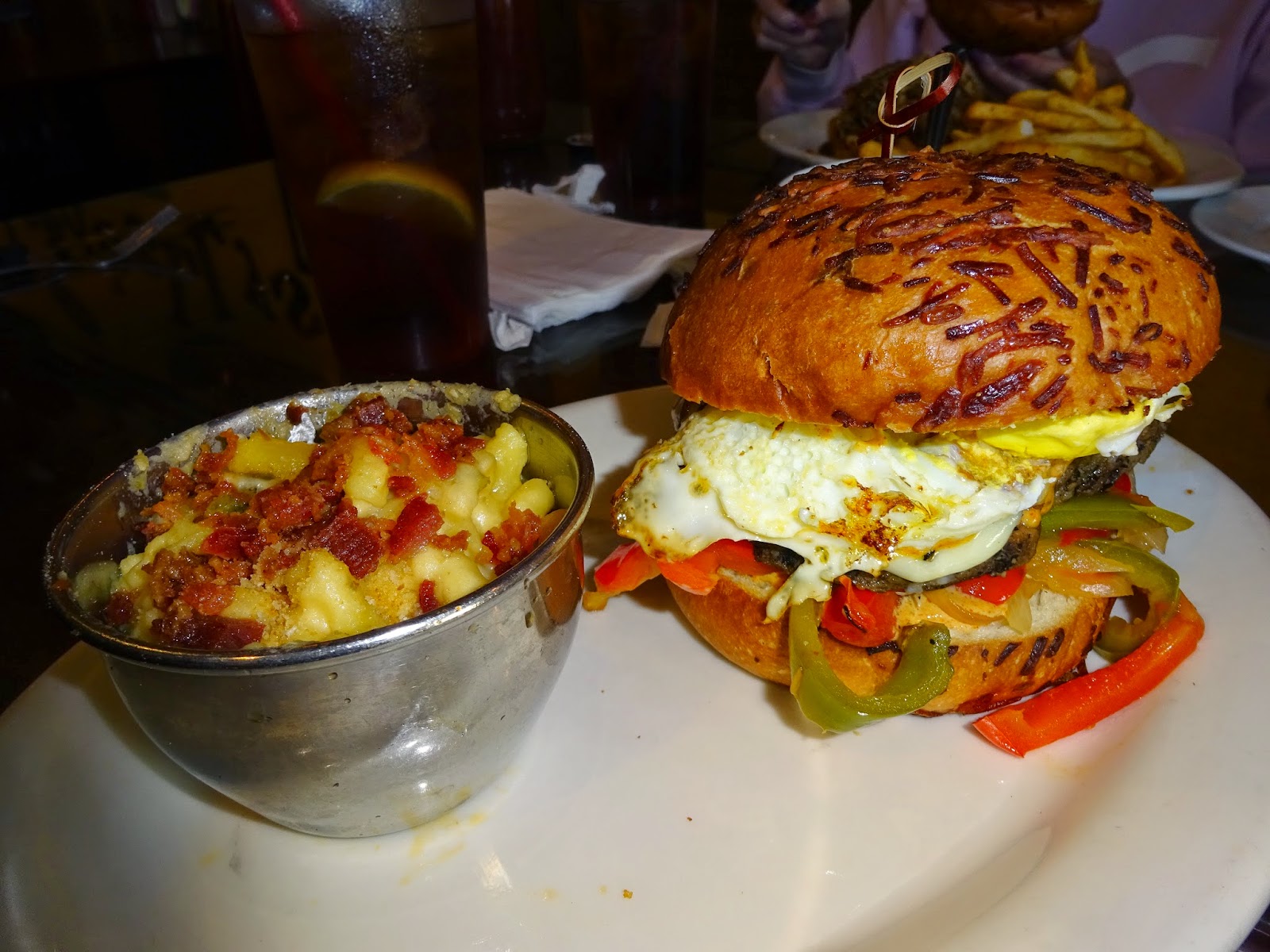 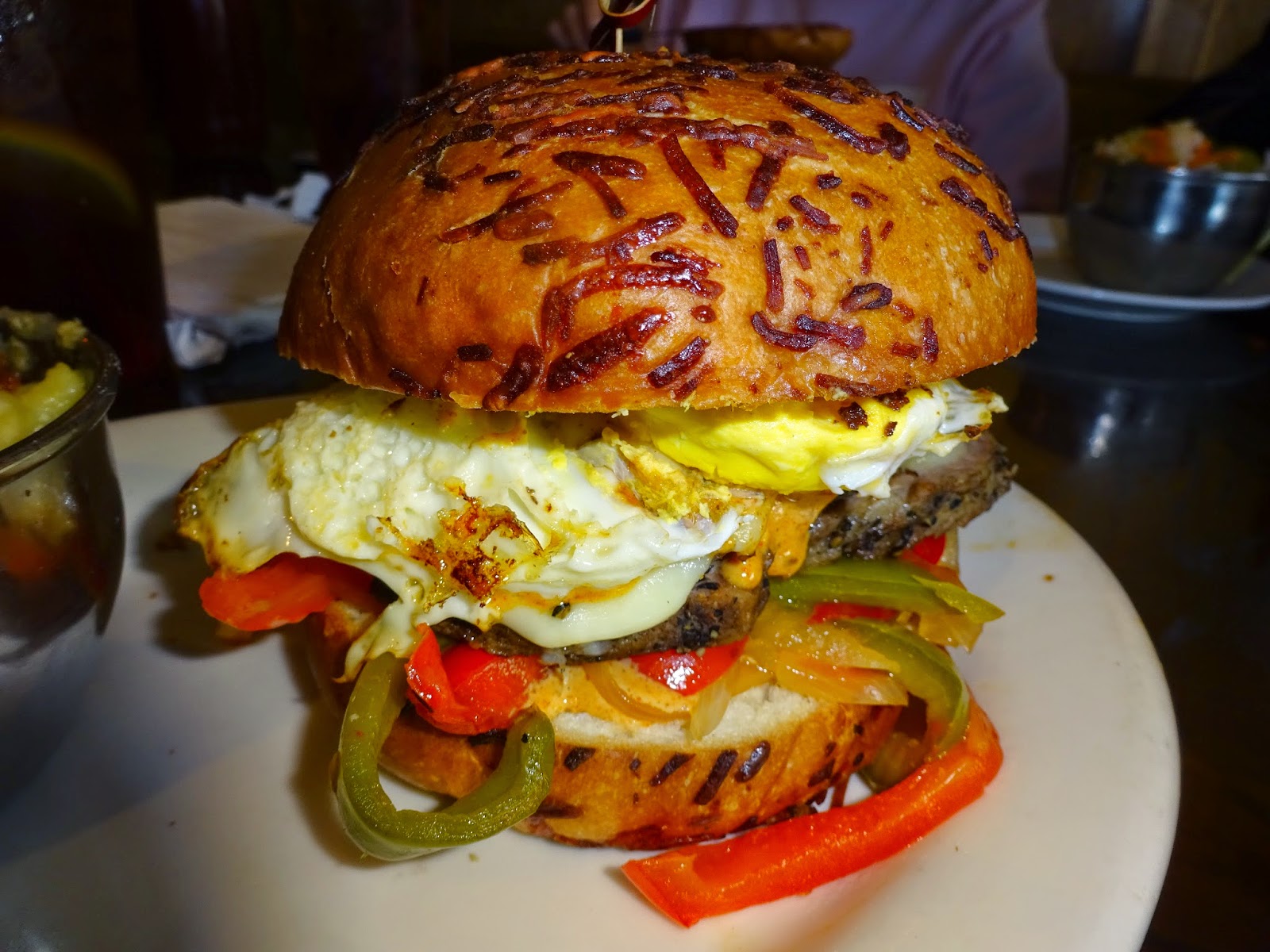 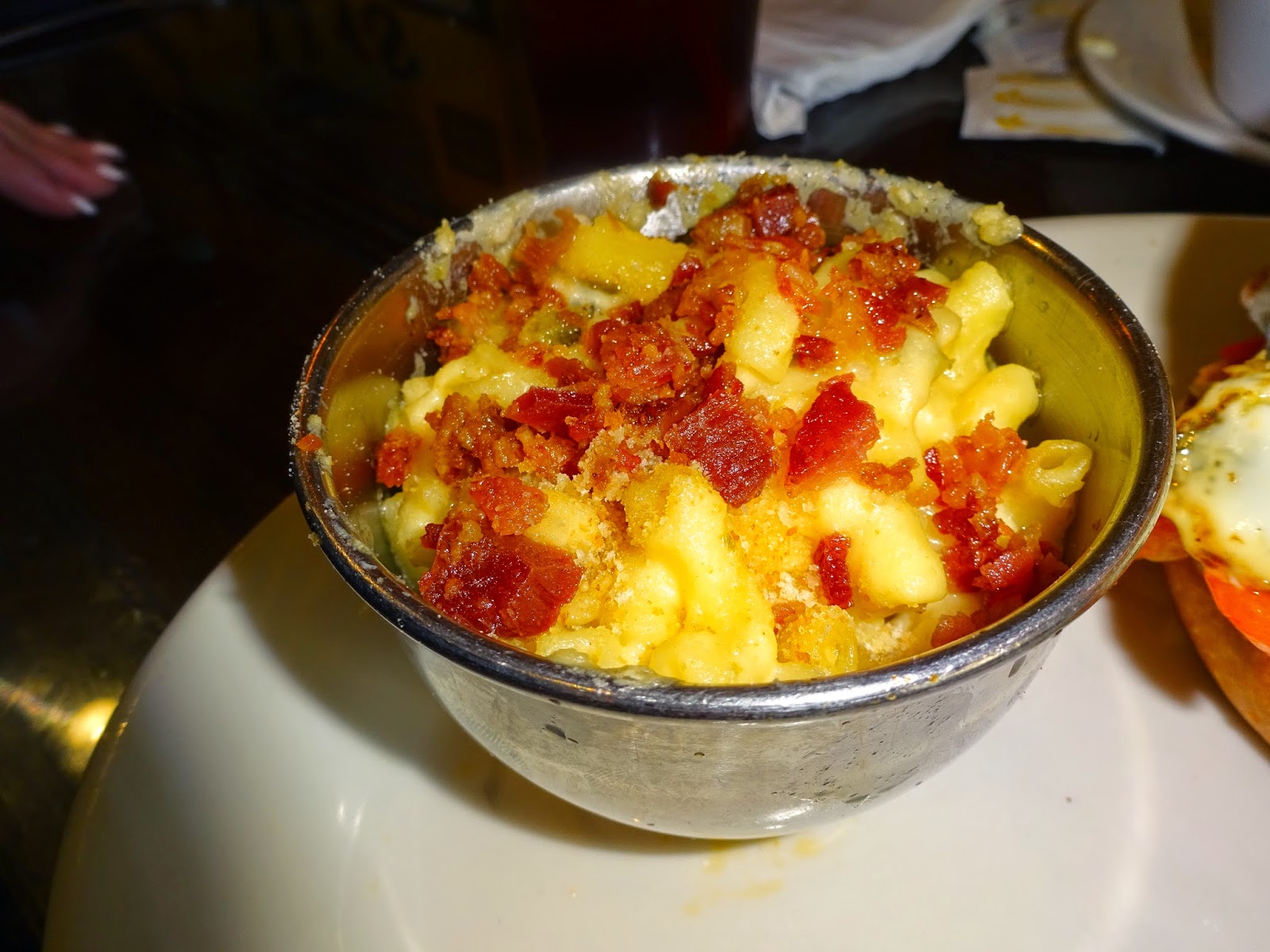 Katie got the same Tri-Tip Sandwich as my dad, but she added a fried egg to this for a dollar more. This made the sandwich richer, and kept her satisfied all day long. She even skipped dinner on this night. The fried egg was done perfectly, so the yolk spilled out, and coated a lot of the tri-tip. She also upgraded her side item to try the Jalapeno Mac and Cheese. This was a good version of this dish. The jalapeno did not overpower, but hung out in the back ground, the bacon provided a nice smokiness that went well with the creamy cheese. A very solid side item. 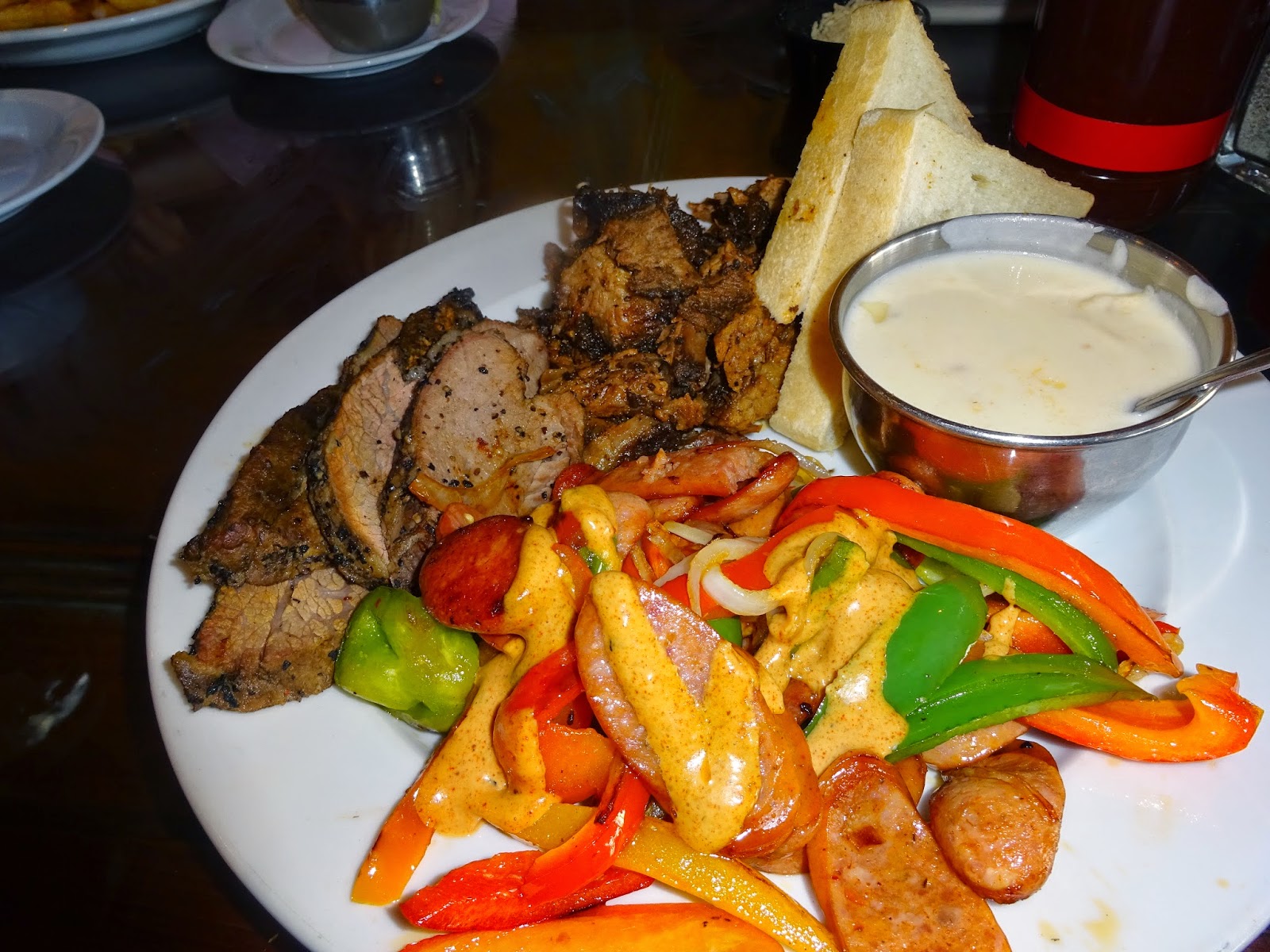 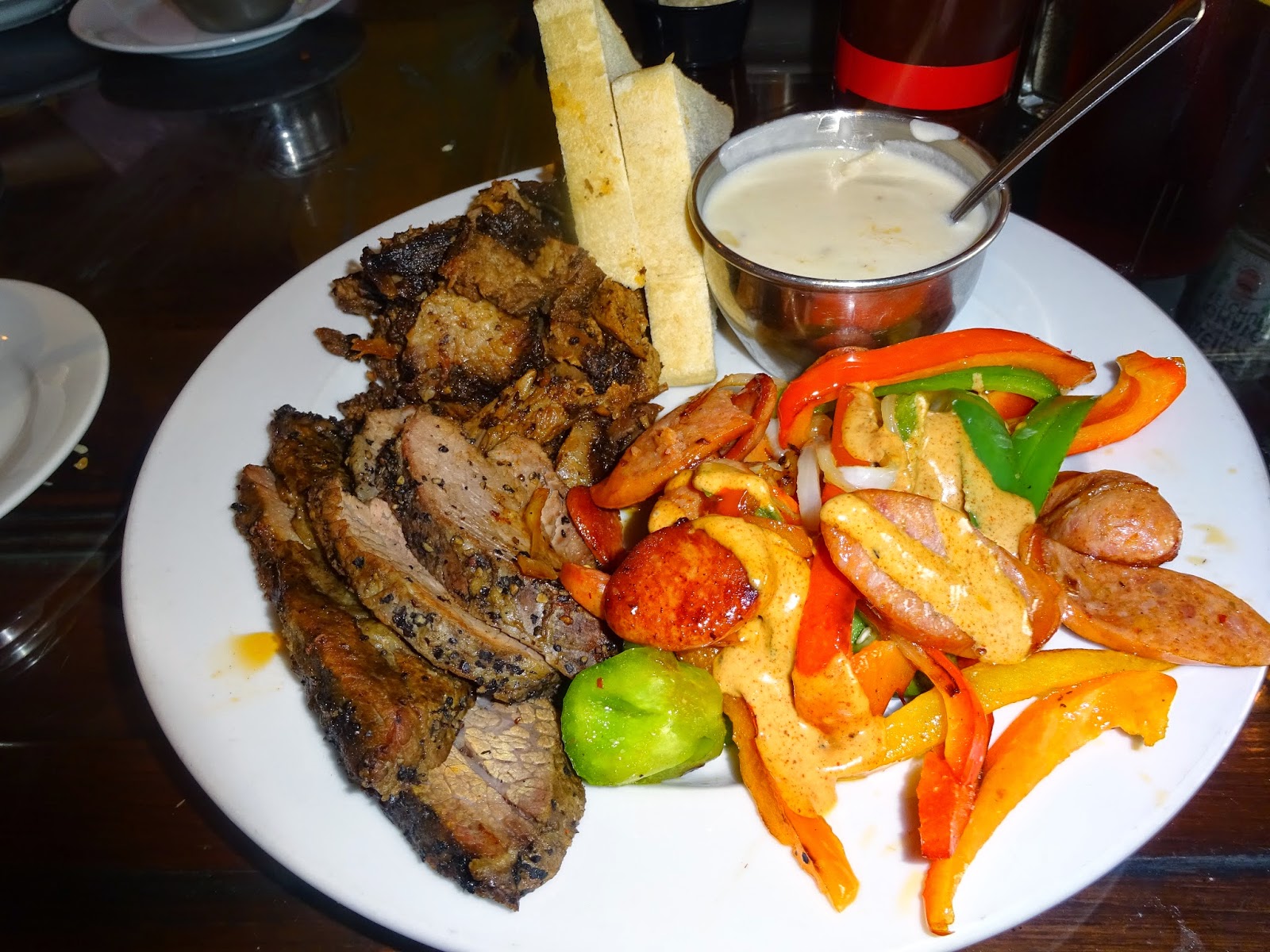 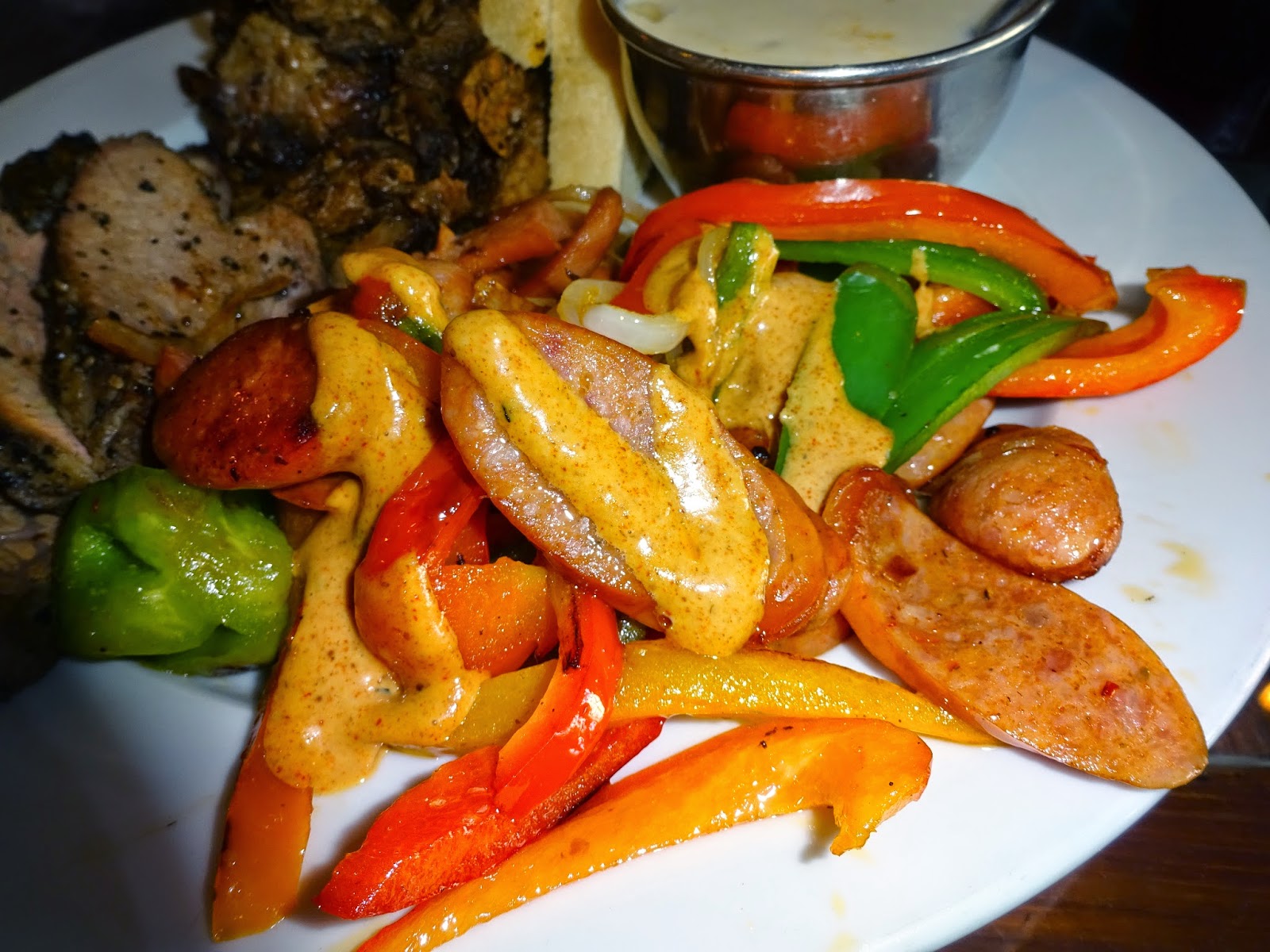 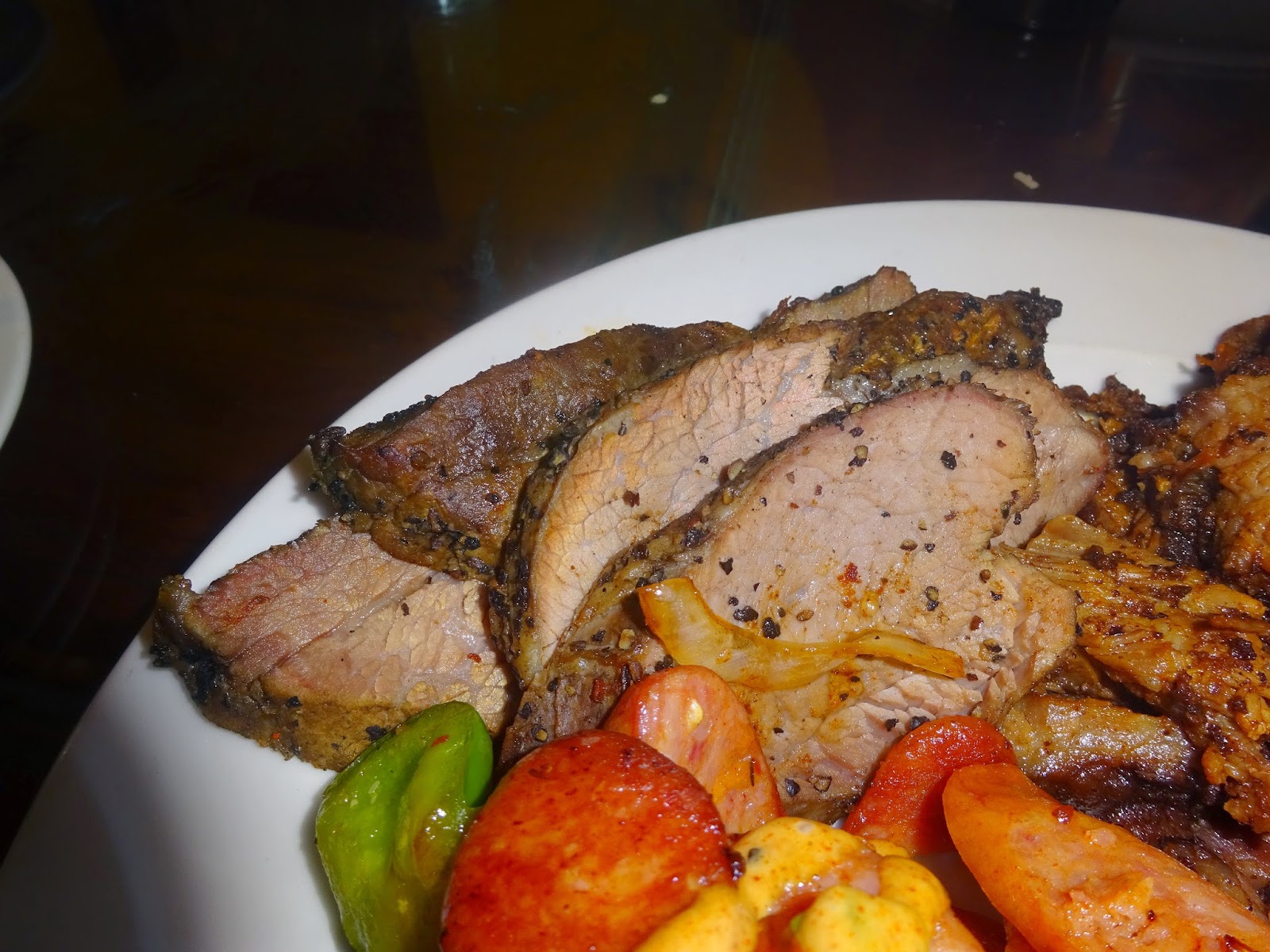 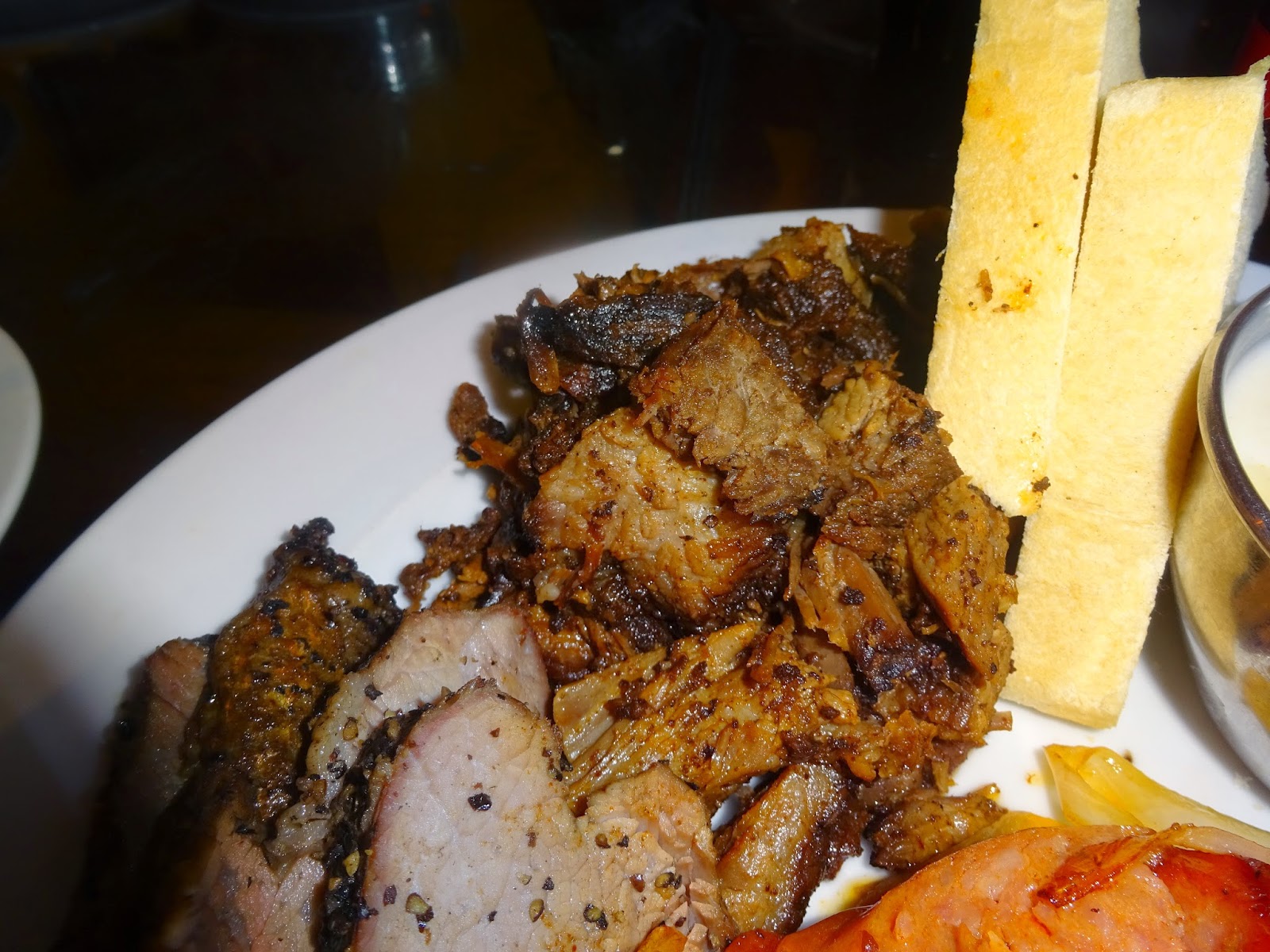 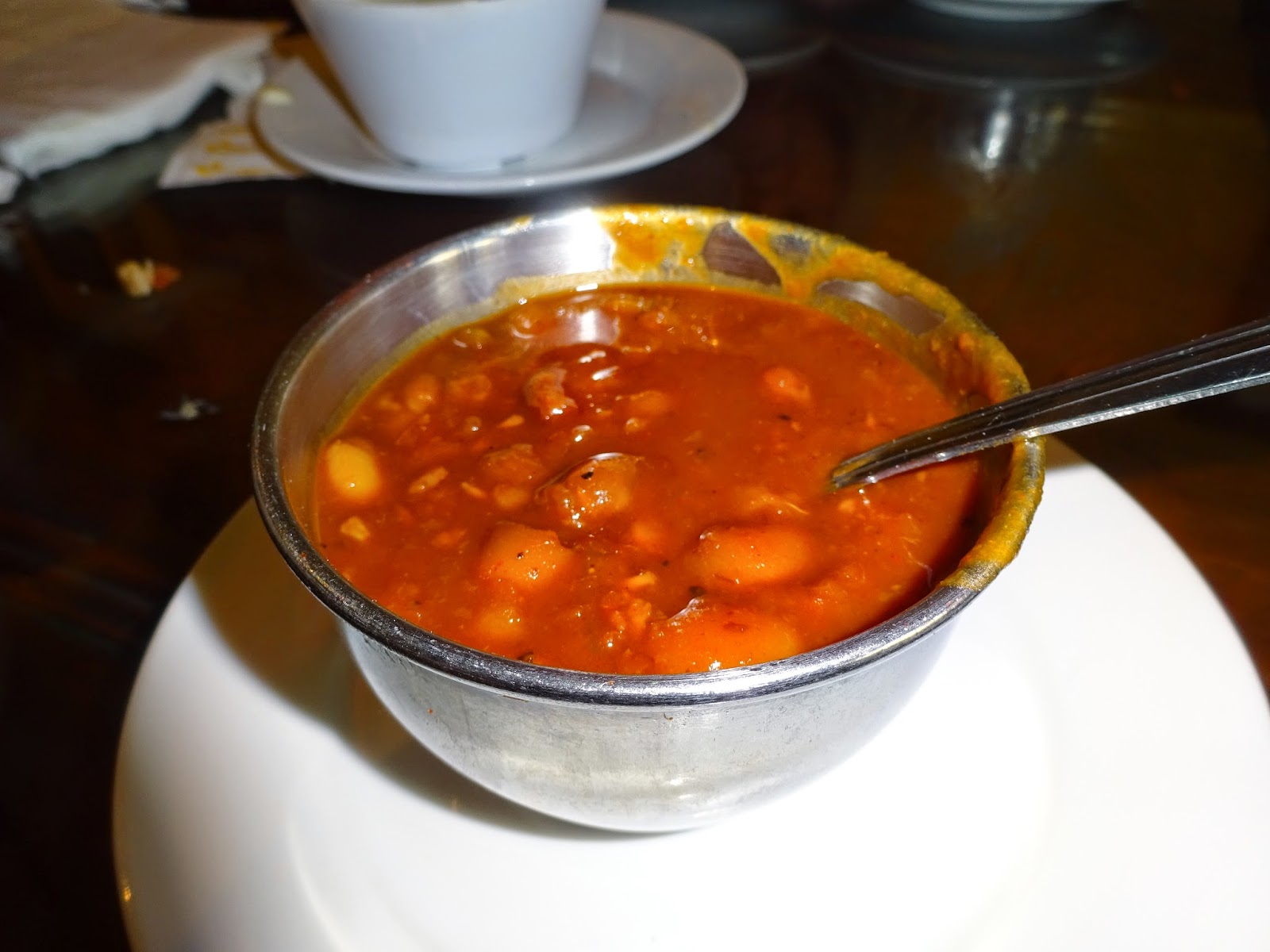 As is my custom when eating most places, if a combo plate is offered, I'm going to try it. I had the Three Meats Combo Plate ($19) on this afternoon. I selected the Tri-Tip, the Spicy Pork Sausage, and the Burnt Ends. The best were the burnt ends. If these are available when you are here, get them. For those of you that don't know what these are, they are cut from the point part of the brisket, and these cubes are packed with flavor. Probably one of the best pieces of barbecue I have ever had in my mouth. Yes, they were that good. The tri-tip was good as well. Moist, and it had a small ribbon of fat running through it, which provided even more flavor. Not overly smoky, the natural flavor of the meat came through. The spicy sausage with peppers and onions were good, but not great. A good meatiness to the sausage, but I expected a little more heat here. I'd probably try the pork belly or pulled pork on my next visit. For my two sides I had the BBQ Baked Beans and Creamed Corn. The beans were the better of the two, they had little bits of meat in here, and a very good sauce coating the beans. The corn, which you can see on the plate above was very soupy, and missed the mark on the sweetness that I was expecting. Definitely not like Gulliver's creamed corn.

I was pretty excited about our time at Leadbelly's. Even after this one visit, Leadbelly's has moved up to one of my favorite barbecue places in OC. That appetizer, and their burnt ends were more than enough to make me come back here again soon. The other items we had on this afternoon were pretty good as well, and none of us really disliked anything that we had on this visit. I've read some people grumbling about the barbecue sauce that they have here. They have a house sauce and a spicy version, both of which were good, but with meats this fantastic, you probably will only use it sparingly. The service that we had on this afternoon was pretty solid, and our waiter answered all of our questions and took great care of us. I'm really looking forward to hearing how all of you like this place as well, so don't hesitate to comment or send an email. Also, if you have a barbecue place you think we should hit up, let us know.

Out of five 12 string guitars, (because that was instrument of choice for blues legend, Huddie "Leadbelly" Ledbetter), five being best to zero being worst, Leadbelly's Barbecue gets 4 twelve string guitars.

For more information about Leadbelly's Barbecue, go to their Facebook page here: https://www.facebook.com/pages/Leadbellys-Barbecue/170803192946868